Access 380+ TLDs spanning the Americas, Europe and Asia and book yours on the fly!

The first commercial Internet domain name, with .com extension was registered 15 March 1985 in the name of symbolics.com by Symbolics Inc., a computer systems firm in Cambridge, Massachusetts. By 1992, fewer than 15,000 .com domains had been registered.
By October 2009, 21 generic top-level domains (TLDs) and 250 two-letter country-code top-level domains existed.
According to Verisign, four million domain names were added to the Internet in the third quarter of 2014, bringing the total number of registered domain names to 284 million worldwide across all top-level domains as of Sept. 30, 2014.
The increase of four million domain names globally equates to a growth rate of 1.6 percent over the second quarter of 2014. Worldwide registrations have grown by 18.1 million, or 6.8 percent, year over year.
Read more »
Posted by SwissTronix at 12:35 AM

If you are expecting big traffic spikes, we'd like to propose you Managed WordPress Hosting!
Managed WordPress Hosting is faster - and more secure - than standard web hosting plans. It also means you continue to have the power and simplicity of WordPress without the hassle of constant updates and technical adjustments.
Get even more out of your website by choosing a WordPress host that provides at least 10 basic features, including caching, backups, migration and speed 10-features-your-wordpress-host-should-provide-to-improve-site-performance With its flexible and robust platform, there’s no doubt WordPress is a fantastic content management system. When you combine its simplicity with its wide adoption and support, the popularity of WordPress and its dominance of the CMS landscape is no surprise.

But while WordPress is a great tool to help you manage your website, it’s important to note that where you host it has a huge impact on its performance and reliability.

The good news is that hosting costs continue to drop. The bad news is the features offered by many hosting companies haven’t necessarily expanded. Yet in the last few years, because of the widespread use of WordPress, web hosts have dedicated significant time and resources to ensure a robust set of offerings that are affordable and great for business results.
Read more »
Posted by SwissTronix at 12:23 PM

Email ThisBlogThis!Share to TwitterShare to FacebookShare to Pinterest
Labels: Hosting

Here's our latest batch of unique and eye-catching domain names that might interest you.
Posted by SwissTronix at 10:43 AM


Everyone's been looking forward to the release of Website Builder version 7 and we're happy to announce that it's now available for all our clients! There are a ton of changes, but take a look at these key features:
We also changed the names of the different plans to reflect who they're intended for: Economy is now called Personal, Deluxe is now Business, and Premium is Business Plus.
Customers who purchase Website Builder will get the new version by default. Current Website Builder customers will continue to use the existing Website Builder version 6 so their websites aren't disrupted. Unfortunately, at this time there's no simple way to upgrade a Website Builder 6 website to the new version. It would need to be rebuilt in the new software.

Read more »
Posted by SwissTronix at 1:08 AM 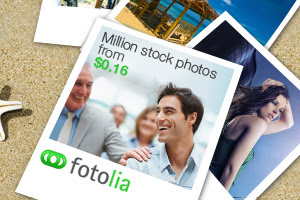